Maura R. Grossman of Wachtell, Lipton and Gordon V. Cormack of the University of Waterloo have articulated a taxonomy of ediscovery review methods leading up to, and including, predictive coding systems. Grossman, Maura R., and Cormack, Gordon V. (May 2015). A Tour of Technology-Assisted Review. Draft Submitted for publication in Perspectives on Predictive Coding and Other Advanced Search and Review Technologies for the Legal Practitioner (Chicago, Ill.: American Bar Association). Retrieved from http://www.wlrk.net/docs/GrossmanCormackABAPerspectivesBookChapter1ATourofTARMay2015.pdf.

The Grossman-Cormack taxonomy identifies three core characteristics of predictive coding systems: whether they are “passive” or “active,” whether they use “simple” or “continuous” learning strategies, and whether the initial training documents are selected randomly, judgmentally, or by a hybrid method. Active systems provide the reviewers with potential training documents selected using machine intelligence, whereas passive systems do not. In simple systems, there is a training phase followed by a review phase. In continuous systems, the training phase and the review phases are merged. See also Cormack and Grossman, Evaluation of Machine-Learning Protocols for Technology-Assisted Review in Electronic Discovery, SIGIR’14, July 6–11, 2014 (finding that Continuous Active Learning (“CAL”) systems are superior to Simple Passive Learning and Simple Active Learning systems).

I propose an additional way of categorizing predictive coding systems: as either document-based or corpus-based. As discussed below, I believe that document-based systems are more affected by errors in coding individual documents.

The following describes these two distinct types of systems based on commercially successful systems in use today. 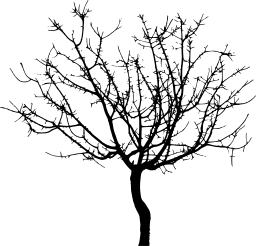 In some systems, a designated senior attorney begins by carefully identifying examples of what she deems to be representative responsive and unresponsive documents (“seed documents”). The analytic engine breaks down each seed document into discrete features. It then finds which documents in the remaining unreviewed documents have features in common with each individual seed document. Reviewers then review and categorize these similar documents. The engine then performs the same analysis on these first round documents, and so on.

And so, in this method, an initial seed document becomes the trunk of a tree. The first-round documents are like branches on this tree. The second round creates sub-branches on those branches, and so on.

In such systems, a misjudgment about a single document can foreclose examination of an entire branch and its sub-branches. In the language of chaos theory, document reviews in these systems have “a very high degree of sensitivity to initial conditions and to the way in which they are set in motion.”

(That is not to say that such a coding error would necessarily preclude review of all documents on that branch. Some of those documents could fortuitously be found on other branches, or on other trees.) Corpus-based predictive coding systems have a fundamental advantage over document-based systems. Instead of predicting based only on the features of an individual document, corpus-based systems can use any feature that a document-based system can use, and many others as well. That’s because sets of documents have measurable emergent properties that individual documents do not, such as the predominance of a particular feature within a set or subset, the amount of overall similarity between the documents in a set or subset, and richness.

For example, suppose that, in a document-based responsiveness review, a coding error precludes review of a responsive document. A corpus-based review could find that document by other means, such as its similarity to the overall set of responsive documents or some subset.

with a later post on the ramifications for the use of seed sets, training sets, and control sets.